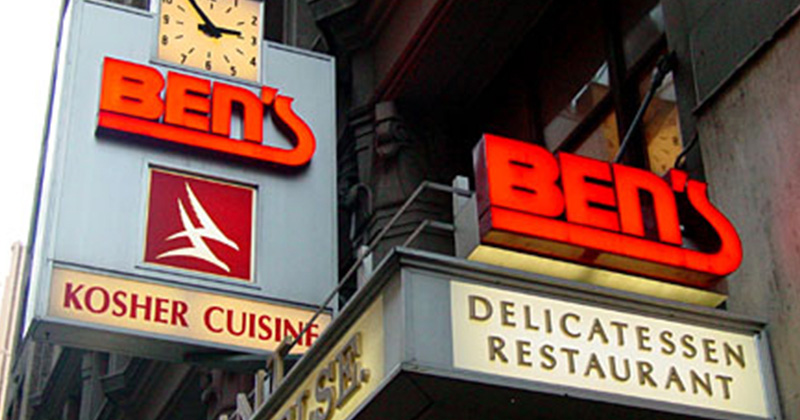 Just a mile south of Carnegie Deli, near the Times Square Subway Station.

By Subway
From the Bronx, you can reach the Garden by taking the
•

By Train
From Long Island
All Manhattan-bound LIRR trains terminate at Penn Station, right under the Garden, making Ben’s a convenient trip from all points on Long Island. Depending on your departure point, you may have to change at Jamaica for service to Manhattan. Walk out to 7th or 8th Avenues and walk north to 38th St.

From all points by Car
https://maps.google.com/maps?q=maps&ie=UTF-8&ei=cx9UUs2wJrXF4APMwIHYBw&ved=0CAgQ_AUoAg