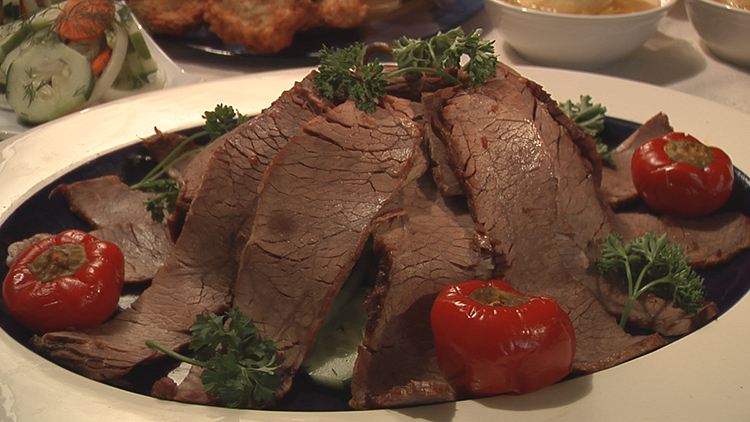 Enjoy a Meal for 10 with a Side of B1G1 Coupons

The Ben’s Kosher Delicatessen Restaurant & Caterers® motto has long been that holidays should be a time to kick-back and relax with family, rather than spending long hours cooking and cleaning. Celebrate freedom, and the story of the exodus from Egypt, with the company’s famous Catered Holiday Dinner for 10, featuring mouthwatering gefilte fish, delicious matzo ball soup, fresh-cut coleslaw and more. 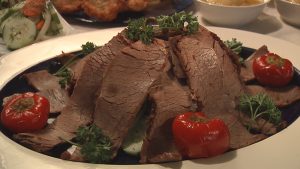 According to Jewish tradition, it is forbidden to eat leavened food products, such as bread, because, in their rush to escape from Egypt, the Jews were unable to wait for bread to rise. Instead, they ate matzo, a non-leavening cracker-like food, which has become synonymous with Jewish culture, and its holidays.

In recognition of this custom, Ben’s Complete Holiday Dinner for 10 features 12 matzo balls, along with 10 pieces of gefilte fish, one-quart of chopped liver, four quarts of chicken soup, and macaroons for dessert. The package, which costs $349.90, also includes a choice of three entrees: five roast chickens, a whole roast turkey or four pounds of sliced brisket; and two side dishes, such as broccoli almandine, sweet potato pudding and much more.

All seven locations are also offering “Holiday Dinner Extra Goodies” which can be pre-ordered to ensure that every table is full. For those looking to bring a dish whether it’s an appetizer, dessert, or another signature dish, Ben’s takeout counter has everything you need to complement a holiday dinner.

In observance of the holiday, all Ben’s Kosher Deli locations will close at 3 p.m. on Friday, March 30, and will re-open Sunday, April 8 for normal business hours.