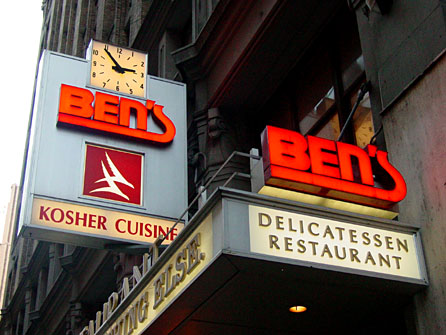 Anniversary Runs October 9-15 with $19.72 Special in Honor of the Company’s Founding Year 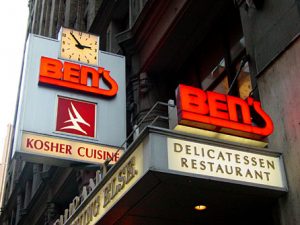 Autumn 1972 was an exciting one. President Richard Nixon was running for his second term. The Oakland Athletics were in a close battle against the Cincinnati Reds for the World Series pennant. And, Ronnie Dragoon, a witty New Yorker from Queens, was just opening the doors to his very first Ben’s Kosher Delicatessen Restaurant & Caterers. Now, in celebration of 45 years as one of New York’s best Kosher delis, Ben’s is offering a $19.72 lunch and dinner special, from October 9 through October 15.

To honor its loyal customers, Ben’s is offering “double points” to all Ben’s Friends Preferred Patron customers throughout the anniversary week. Members who dine in at any of Ben’s seven locations will be treated to double points.

After attending Brooklyn College for Political Science, and a subsequent tour as a Vista Volunteer in Indiana, Mr. Dragoon returned to New York in 1972. That October, he used $6,500 of his savings to open Ben’s Kosher Restaurant, which he named in honor of his father, himself a deli man. In the 45 years that have passed, the younger Mr. Dragoon has established seven Ben’s locations throughout Nassau, Queens, Westchester and Manhattan, as well as in Boca Raton, Florida. Though he currently employs more than 320 people. Mr. Dragoon can be found splitting his time behind the counter at the Greenvale and Boca Raton locations, where he mentors younger employees about the restaurant industry and personally oversees Greenvale’s day-to-day operations.

“You only turn 45 once, so we wanted to make it special,” says Mr. Dragoon. “When I started this business, I was single and broke. Now? I have a wife, two children, one dog, two grandchildren and a son-in-law “thank goodness” as well as seven successful restaurants. I also had a full head of hair when I started and now I have none, but I’ll take that trade off any day.”