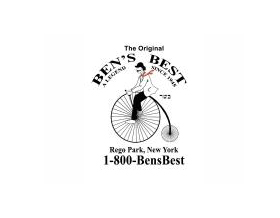 But despite these closures, Ben’s Delicatessen Restaurant & Caterers continues to thrive. For more than 45 years, Ben’s has been in operation with locations on Long Island and in Queens, Manhattan, and Scarsdale, New York and Boca Raton, Florida, including its Bayside location since 1994.

“A number of customers have reached out to us and I told them, ‘We’re still here,’” Mr. Dragoon said. “Our plans are to keep going. Our Bayside location continues to provide that same traditional Kosher fare since I opened up my first restaurant more than 45 years ago.”

Mr. Dragoon says the rising rents, higher food and labor costs and changes in customers’ attitudes on what they eat pose challenges in keeping Ben’s open, and other Kosher/Jewish style eateries face those same obstacles, but his loyal customer base is what keeps his doors open.

“It has not been easy watching the decline of this once-proud tradition, including the closing of our neighbor in Queens, Ben’s Best,” Mr. Dragoon said. “For those of you desiring the finest in authentic Kosher New York delicatessen and Old World, eastern European cookery, please know that Ben’s stands ready to meet your dining, takeout and catering needs.”